We Don’t Call it Rubbish

“The site hosts a thriving community of up to 700 volunteers who have created a vegetable garden, ornamental gardens, installed solar panels, three 50,000-litre water tanks, a dozen beehives and a commercial scale worm farm. The Temple is also researching composting facilities, and a subsurface filtration and irrigation system to sustain the parks and gardens along the riverbank and redirect greywater.”

Vietnamese Buddhist community wanted to make sure that their environmental foot print was kept to absolute minimum. To achieve that goal their only solution was a Worm Farm Waste system that would process all sewage,wastewater and organic material that was generated by the temple. 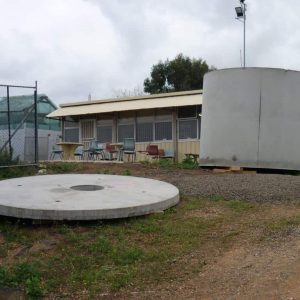